There’s More To It!

“Eyes wide…” What does that mean, exactly? Does it indicate someone is scared? Shocked? Excited? In a mood transition?

Without realizing it, many writers use vague descriptions of emotions that leave a reader clueless. In fact, “eyes wide” is probably the one cliché that irritates me the most. Why? Writers use it all the time, but they often forget to explain WHY the eyes are wide. They assume the phrase says it for them. How does the reader interpret those words?

Being a writer means having the ability to shape new worlds, new situations, new people. With that power comes the responsibility to give the reader enough information to draw clear and correct perceptions into the story.

Writers sometimes forget we use our whole bodies to communicate in person. Subsequently, they use vague descriptions. Sometimes, multiple meanings are possible. Here is an example:

——Johnny climbed the steps to the porch. His sweaty palms slipped off the doorknob as he tried turning it.

Sweaty palms frequently mean someone is nervous, possibly even scared. What if someone has sweaty palms because he is overheated? It does happen, you know.

——Johnny could barely lift his legs to climb the steps to the porch. Beads of moisture covered his face and neck after a hard day’s work in the sun. His sweaty palms slipped off the doorknob as he tried turning it.

That small amount of information helps the reader understand the guy is not nervous. He’s about to collapse from exhaustion. Even if the reader had previously told us Johnny was going home from work, without more information, we don’t know if the sweaty palms are from fear or the heat and hard work.

On a somewhat related note, is the discussion of clichés. Why do authors use them and why aren’t they okay to use?

What is a cliché? It is a phrase that is commonly used in speech and often in writing.

——He looked like he’d stuck his fingers in an electrical socket.

It would be easy to write a whole story using clichés. Readers want to read something fresh and new. They expect writers to be creative enough to design a story without using someone else’s words. Make your own clichés.

Recently, I had only two spare hours to sleep before a very busy day. My mind chose those two hours to haunt me with the one emotion cliché I cannot stand. I finally reached for the pencil and paper beside my bed and wrote every line my brain insisted I preserve, before I snagged the last few minutes for sleep. Later, I organized those lines into the terrible “poem” below. Look closely and you will see there is not enough description to define the emotion intended by “eyes wide.” I suppose the reason for sharing the poem is to encourage authors to always make their descriptions clear without being redundant or annoying.

Please pass this around and help more writers understand the importance of showing the emotions, because “tell without show” is very weak writing and clichés are so unnecessary.

TRIBUTE TO A MEANINGLESS CLICHE’

(This meaningless story is dedicated to all my special author friends

involved in the creation of the Anything Goes, Volume I Anthology.

Always use descriptions that define.)

EYES WIDE, she entered the world

And heard the words, “You’ve got a girl!”

Until she and Mommy got off the trolley.

EYES WIDE, she told her brother

That, if he took it, she’d get another.

EYES WIDE, as her boyfriend chased her,

But the romance died when the author erased her.

EYES WIDE, her dress was a sight,

The splash of colors made her look just right.

EYES WIDE, she held his hand.

Then traded the cup for a bucket and mop.

EYES WIDE, she got on the bus

And sat by a child who was making a fuss.

EYES WIDE, she watched for the car

That would take her uptown to the 5th Street bar.

EYES WIDE, she walked through the park

Under the street light that lit up the dark.

EYES WIDE, she blew out the candle

And stared at the clock that sat on the mantle.

EYES WIDE, she opened the door

And entered the room she’d not been to before.

EYES WIDE, she sat in the chair

And watched all the people ignoring her there.

EYES WIDE, she had the miscarriage

And decided they didn’t need kids in their marriage.

EYES WIDE, she looked in the mirror

And spoke to her husband, who still didn’t hear her.

EYES WIDE, she walked in the cabin

Where all the drama supposedly happened.

EYES WIDE, She ran to the river.

The water was so cold it made her shiver.

EYES WIDE, she stared at the flames

That flickered and faltered and died in the rain.

EYES WIDE, she farted out loud

And said, “Pardon me!” as she fled through the crowd.

EYES WIDE, she lay on the bed,

But sleep didn’t take her, because she was dead.

Have no real meaning and send Renee’ into rage. 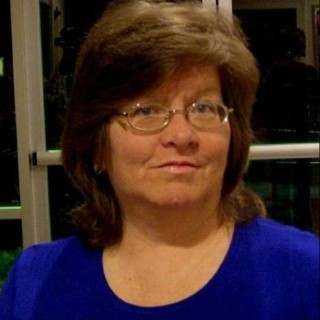 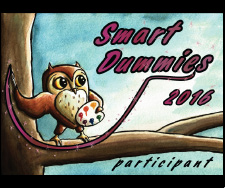